Performing is something I have always been passionate about. Whether it is acting, wrestling, art or comedy. I just simply can't get enough!

1997 - Pro wrestling training. This was the year that I realized wrestling was a lot more real than I ever thought it was. The first time I fell down onto a wrestling mat, a bolt of lightning shot up my back and I had a whole new respect for pro wrestling. It didn't curb my enthusiasm, I went on to have an 18 year career as bad guy "Ladies Choice" wrestling all over Canada and the U.S.A. winning various championship belts and feuding with the likes of Scotty Mac, "Rowdy" Roddy Piper and The Honky Tonk Man.

1999 -  This was the year I filmed my first television spot. It was a commercial for Aflac Insurance. The audition process was something new to me, very nerve wracking, but that goes with the territory. Since my first tv spot I have appeared in various Movies and Television shows. The latest being a guest starring role on the sitcom "Package Deal" coming out soon.

2005 -  ​I did my first painting in 2005. I had always been a huge fan of big canvases and oil paint. So I decided to take a whirl at it. I come from a long list of artists in my family so after a while, I really started to get the hang of it. I had my first piece displayed in 2006 and have been an avid painter ever since. Look for me every year in the Eastside Culture Crawl Gallery event.

2014 - ​In January of this year, I made my stand up comedy debut at Yuk Yuks in Vancouver. Since that show, I have been performing all over the lower mainland. 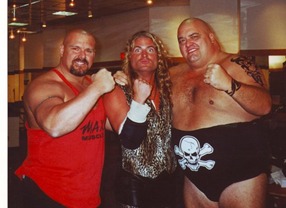 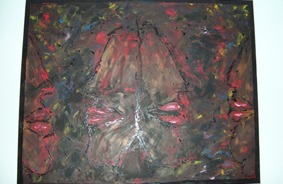